Got me…I took the title from the panel I was part of for the Texas Writers’ League.

My panel discussion last night, Thursday, October 17, 2013 was sponsored and organized by the Texas Writers’ League and was held at the Book People book store. The Writers’ League publicized it as about the adventures in Writing Hair-Rising, Spine-Tingling, Mind-Blowing Fiction. It was very well attended with SRO [standing room only] attendance of readers and writers and a wonderful panel of authors aside from me. It was all about suspense and writing suspense and how as an author you do it.

Like any discussion that you are involved in as the “authority” you end up learning more than the members of the audience in many cases. I wanted to share a little about the discussion on writing suspense as it applies just to my two adult suspense novels in the DENVER AFTER DARK Romantic Suspense Series. Book #1, AFTER MIDNIGHT is centered on the events surrounding a Denver cop and book #2, CRIES IN THE NIGHT is all about his brother, a Denver fireman. Book #3 will be along next summer and is about the third brother, a Denver Paramedic. These books all have strong elements of romance but the romance of these novels is not the story. These are suspense novels and that follows a very different set of rules. So what is it, that make these books great suspense reads? AFTER MIDNIGHT won multiple awards for suspense this year already and placed 3rd in the Readers’ Favorite book awards which I get to pick up personally in Miami next month. CRIES IN THE NIGHT released a few weeks ago and has nearly a 100% 5 star rating.

From last night’s discussion and Q&A session several points were made.
At its core suspense is a state or feeling of excited or anxious uncertainty about what may happen in the story. It isn’t about the car chase or jumping out of a plane without a parachute but rather it is the sense of anticipation or worry that the author makes the reader feel. It is internal. Well written suspense makes the reader feel on-edge. It doesn’t happen in the beginning of the book but suspense builds throughout the story and gets the reader hooked into reading more until the climax of the story is reached. Suspense is the fuel that drives the reader to want to read until the end of the book.
In AFTER MIDNIGHT it isn’t long into the book when you begin to suspect who the bad guy/girl is but you don’t know why they did what they did, you can’t figure out how desperate he/she is and what obstacles or harm they will cause. In CRIES IN THE NIGHT the bad guy/girl isn’t known until toward the end and the anxiety and danger created for the protagonist creates anxiety in the reader.
Fear and intensity are not the only kinds of suspense you will find inside these two books. A second kind of suspense develops in the reader’s mind as they try to anticipate what a character is going to do in the story. Here the character must be true to their character and situation for this kind of suspense to be real and effective. Often times the events in the story will escalate beyond what the reader is expecting and their suspense builds because of it.
We spent time last night also talking about red herrings in a story. The most common use for a red herring is in literature, especially mystery and thriller stories. The red herring is usually a person who has no use in the story except to distract the reader from the real bad guy. The red herring can take the form of a situation or event which readers believe to be the clue to a discovery of the real plot and resolution but which turns out to be worthless. A fundamental attribute of a well written red herrings is to have eased into the story seamlessly, often times early in the story. If done really well the clues left by the author lead the reader to solve the riddle or case in their own mind or find the bad guy only to find out their investigatory skills are no match for the author’s logic. This means of course, that the reader cannot be cheated by the author who may have withheld clues along the way.
A red herring is actually a dried smoked herring, which is turned red by the smoke but the literary meaning stems from the stories about British fugitives in the 1800s who would rub a herring across their trail, thereby diverting the bloodhounds that were hot in pursuit. In the 1920s, American investment bankers started calling preliminary prospectuses “red herrings” as a warning to investors that the documents were not complete or final and could be misleading. The wiktionary attributes it specifically to English journalist William Cobbett, c. 1805, in which he claimed that as a boy he used a red herring (a cured and salted herring) to mislead hounds following a trail. The story served as an extended metaphor for the London press, which had earned Cobbett’s ire by publishing false news accounts regarding Napoleon.

The two hours flew past and I hope I will be invited back to be on another panel. The hospitality of the Book People book store was great and the audience was very supportive. Thank you all.

AFTER MIDNIGHT is on Amazon at http://www.amazon.com/MIDNIGHT-Denver-Romantic-Suspense-ebook/dp/B009CGO8N8/

CRIES IN THE NIGHT can be found on Amazon at http://www.amazon.com/CRIES-Denver-Romantic-Suspense-ebook/dp/B00FDRYCIQ/

These are my 28th and 29th book. I recently released the 3rd book in the teen time travel mystery series, CUL8R and here are the links on Amazon for the first three books in the series.

You can find BRB, book #2 on Amazon at http://www.amazon.com/Right-Travel-Mystery-Romance-ebook/dp/B00C8SK9JO/ 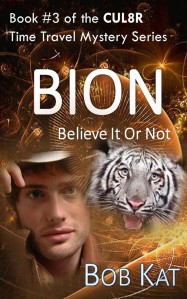 These books are being made available on Barnes & Noble, Kobo and iBooks over the next few weeks.

Information on my first 23 novels can be found on my home page athttp://www.nightwriter93.com/ and website for the young adult series, CUL8R, athttp://www.cul8rseries.com/

Next up for me is the release of book #1 in the New Adult Romantic Suspense Series SCANDALS titled BABY DADDY. It is about five 20 something’s who find themselves faced with major sibling and family adjustments, career changes and options that strike at their foundation and financial opportunities beyond their wildest dreams. For one of them in this first book, college junior Killeen Ames, the experience of her first love weighs heavily on her college sports scholarship future, career choices and her romantic feelings and plans. The new adult age range of 18 to 25 years old makes this a wonderful story set in the Austin area where the official motto is “Keep Austin Weird”.

It helps me to write to the cover so this is what I’m shooting for at this point.